Skip to content
Hello readers! For this week’s Wordbound, I’ve got an excerpt from a story I’ve been writing. Enjoy! 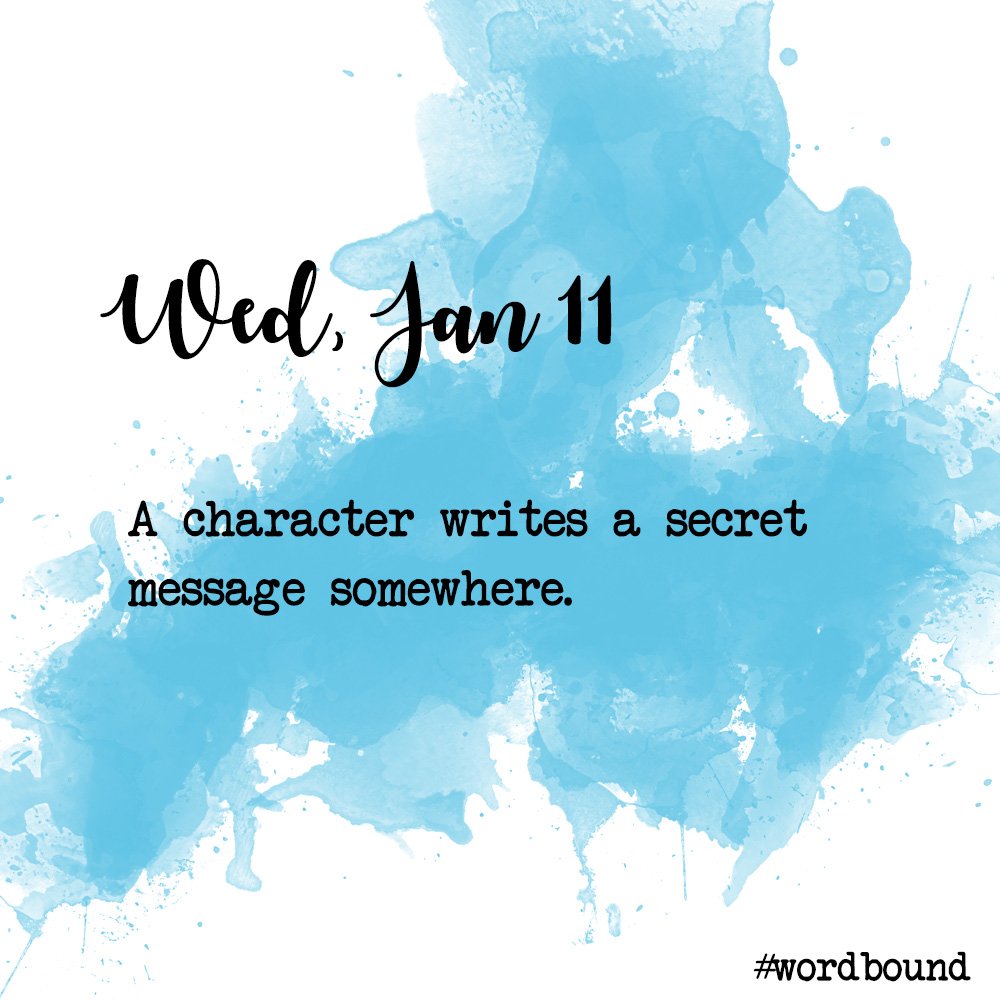 Glaciology was the most boring class ever. Or maybe Professor Dunne was the most boring professor ever. It was hard to tell the difference. I remembered being excited for this class when I registered for it. I liked glaciers, I liked learning about the environment and climate change, the course description really did sound fascinating. But Dunne had a way of sucking the fun out of just about everything. He droned on at the head of the class, occasionally turning around to write something on the board about the structure of water. It was 3 weeks into the semester, why on earth were we still talking about the structure of water? I had given up on paying attention about ten minutes previously and was making intricate doodles in my notebook. I used my pen to draw the silhouette of a tree, then birds in the tree, a squirrel, another bird. I added more branches to the tree while the professor drew arrows coming off a water molecule on the blackboard. Every once in awhile he would say a word that I thought might be important, so I scrawled it along one of the tree branches. If I ever needed to study these notes, I would be screwed.
I was drawing a cluster of leaves on my tree when I felt him slide into the seat next to me and every muscle in my body tensed. Andrew. Why was he sitting here? He never had before. I turned my head towards him and he was staring at me with a dopey grin on his face. “Hey,” he mouthed and then leaned over and wrote something in the corner of my notebook. What have I missed?
I gestured to the open page in my notebook to show him my doodles. He leaned over again and wrote So you didn’t take notes for me? Oh well, no point in paying attention now. That made me smile and roll my eyes. Then he leaned over, but instead of writing anything, he slid my notebook away from me and flipped to a new page. He wrote Our Secret Language at the top and the letters of the alphabet down the side. I gave him a quizzical look and he responded by holding up a finger in the gesture for me to wait and see. I watched as he drew a different symbol next to each letter and then turned the page and drew a string of the symbols at the top. He then passed the book back to me and waited expectantly.
I translated the symbols one at a time. I’ve decided we are going to be best friends. I started to write What made you decide that? underneath his message, but he shook his head and pointed at the first page with the symbols. I was much slower than him as I found each symbol I needed, so I stuck with a simple word. Why?
He replied with the same three symbols as me plus three more. Why not?

Hello readers! Last week Kristina Horner announced a new project called Wordbound. I love this idea and I think it fits in well with what I want to do on this blog. I like writing for the creative and emotional outlet it provides, but I definitely don’t write as much as I could. I also someday hope to be a scientific researcher and/or professor at a university, which are both jobs that require writing skills. Writing doesn’t usually come easy to me, but I find it incredibly rewarding. Despite all of these things, I just don’t make the time for myself to write. Well, no more!
I want to use this blog to hold myself accountable for my reading challenges, so why not use it to create some accountability for my writing too?
I will be posting Wordbound posts as often as I can (hopefully every week, but no promises).
For the first prompt, my writing goals for 2017:

I think 3 is a reasonable number of goals to set, so part 2 – what does #wordbound mean to me?
I love the thought that we are bound to our words, but I’m going to add a new meaning. For me, #wordbound also means that I am bound to need my words. At some point in the future, I am going to need to write a lot more than I do now, and I will likely be mentoring younger writers. Granted, it will be scientific writing, but writing is writing and the more you do anything, the better you get.
So here’s to getting better!

Hello readers! I want to tell you about one of my reading projects. A little while back I found myself somewhat annoyed that I had not ever finished certain series that I started reading as a kid. I would reflect on these series and wonder what happened to the characters, how the stories ended, and why I lost interest in them. For some, like the Sammy Keyes series by Wendelin van Draanen, I felt like I had grown out of it before the final books were released. For others, like The Giver series by Lois Lowry, I never managed to obtain a copy of the last couple of books. And some I just forgot about after reading one or two books. So I decided that I would go back and finish the series that I never got around to finishing before.
I started with Sammy Keyes, which I adored as a kid. Sammy was everything I wasn’t. I was a goody-two-shoes, rule following, piano playing, introvert. Sammy was a sleuthing, rule bending, skateboarding, cool kid with a habit of finding herself in sticky situations. I thought she was so amazing, and van Draanen influenced my own writing style early on. So one summer evening, after a long day of data collection for my research project at the time, I purchased the ebook version of the next book in the series from where I had left off. Sammy Keyes was just as enchanting as ever, and I barely came up for air until I was done with the last novel.
Exhilarated from my first success, I dug out my copy of The Carnivorous Carnival by Lemony Snicket and kept going. A few days later I had finally discovered the outcome of the Baudelaire orphans’ trials, which was immensely satisfying. Since that summer, I have finished The Chronicles of Narnia, The Giver, The Books of Bayern, and Percy Jackson and the Olympians. Of course, given the occurrence of crossover in Rick Riordan’s novels, it was hardly enough to stop there. I zoomed through The Heroes of Olympus, and now I’m two thirds of the way through the Kane chronicles, soon to read Magnus Chase and the Gods of Asgard, and eagerly anticipating the second book of The Trials of Apollo. I am also two thirds through the Princess Academy trilogy by Shannon Hale.
And that brings me to the next thing I wanted to talk about. In addition to the goal of reading 60 books this year, I also want to continue my Unfinished Series project, so here’s a little peak at my 2017 to-be-read list, or TBR. I plan on finishing the Kane Chronicles, catching up on Magnus Chase, hopefully before the new book is published, and finishing the third book of the Princess Academy series. I also recently found out that there are two books in the Emily Windsnap series that I never even knew about. I don’t remember most of what happened in the books I have read, but I know I was obsessed with them when I was younger, so I want to re-read those and then read the two new ones.
I also LOVE Ally Carter, so I am incredibly excited to read the new book in the Embassy Row series.
In addition to series that I read when I was a kid, there are plenty of series that I have started more recently and plan on finishing. This year so far, I have already read the first two books of the Starbound series and I plan on reading the third as soon as I recover from the emotional turmoil that has occurred as a result of the second book. I also want to read the second book in The Conspiracy of Us, the sequel to Juliet Immortal, and the rest of the books by Gail Carson Levine that take place in the same world as Ella Enchanted (well, and if we’re being honest, possible everything else she’s ever written).
You may be thinking, “but Emma, you said you wanted to read 60 books this year and you’ve only listed about 20 or so!” Well, don’t you worry, because I have plenty of other books on my TBR. I’ve currently got a long list of books I’m on the waitlist for at my local library (maybe I’ll make a post about that sometime), as well as an even longer list of books that are either stand alone novels or part of a series I haven’t even started yet. I don’t think I’ll have any problem finding enough to read this year, but definitely let me know if you have any recommendations. I love me a good fairytale retelling or sleuthing protagonist. I’d also be interested to know if there are any series that you loved as a kid and think I should read.

Welcome to the first ever post on my brand new blog! I’m excited about this project, so let me tell you a bit about what I’m going to be doing here.
Last year I decided to take on the 50 book challenge, and I actually completed it! It’s one of the only long-term goals I’ve ever seen through to the end and I feel so proud of myself. This year I am upping the challenge to 60 books. I wanted some way to hold myself accountable and keep track of the books that I’m reading. I love watching booktubers on YouTube, and I briefly toyed with the idea of starting a booktube channel. Then I remembered that I stopped making videos a long time ago because I didn’t really like it anymore, so I scratched that idea. I’ve decided on a blog instead.
So here I am. I’m planning on posting about the books that I’m reading, but also doing some of the challenges that booktubers and other book bloggers do, like readathons. I also might start posting some of my writing, because another one of my goals is to write more. We’ll see.
So let me tell you a bit about me. I do science because science is great and I love it. However, my science career path doesn’t always give me the creative and imaginative outlet that I often crave, so when I’m not sciencing, I love to read, write, cook, bake, hike, take pictures, and craft. If any of you reading this (if there even is anyone) want to know more about those things, let me know, and maybe I’ll make some posts about it. For now, I’m keeping this blog very open ended. It will start out mostly about books, but we’ll see where it goes. The last time I had a proper blog was about a decade ago, so bear with me through the awkward beginning stages while I figure this thing out.